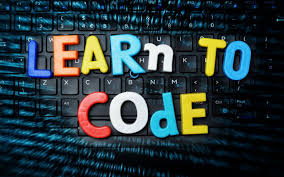 Is Learning to Program Difficult?

The world always upcoming with surprises and wonder fact in technology and the internet usage got increased a lot due to the heavy internet usage among people. This tends people to use internet sources for business development such as websites, industries and many compatible device applications. Usage of these applications gave an interest to many people to create their own sites or application. In order to fulfill the wish computer programming remains as an essential thing. Programming is an awesome skill that helps people to create their vision but for having desire site or application skills alone is not enough. Along with people skills they also need to have strong knowledge in computer programming languages.

Before searching best way to learn to program it is more essential to choose best programming language in which they have interests to learn. While choosing the program also people would tend to use easy one to avoid risk. instead of doing all these while choosing programming language it is better to choose familiar one which you have learned already either basics or intermediate level and check for career in the same.

Try out from beginning:

Once people are strong with the basics they need to have continuous practices and testing in the basic. In order to do that there are several applications are available in online especially for beginner people that can be used for testing basic programming skills.

If people are strong in basics and need to learn intermediate or higher levels they can approach to online courses which are offered from several educational sites such as Edx, course era and more educational academy. Thus people can choose desired programming training courses from online source.

If people are interested to get trained from online training courses then it is better to join in any programming coding courses centers and then trained there. In addition with joining it is also advisable to get free program training books and prepare on own.

After learning basics and intermediate level of coding in programming language it is better to get trained up before starting advanced level learning. Thus people can get involved in online coding games where you can learn several ways of using coding. Moreover when people get involved in the online coding games they would earn several other rewards and benefits also which would be more helpful for people.

Reach out to coding mentor:

Although there are several ways to learn to program via online sources or through training institutions or any course centers people can learn to program and keep on doing self testing. but on other hand when people do testing themselves there would be some cases they would get struck at certain points in order to tackle that it is better to have professional coding mentor. Thus the professional coders can easily provide solutions for all sorts of coding problems.

Do hack on another code

When people get involved in any online coding games or get training from any coding institutions or academy or even trained via online courses it does not mean that they are well trained in program coding. After completing courses people would have entire knowledge about the programming languages. How it should be used? What are all coding shortcuts available? And how to sort out coding problems all these things are really good when compared to beginners but when it comes to real coders it needs more skills. It can be done only when people able to hack another person codes so people can train on that by decoding another person codes and try to find out different codes for same thing.

Likewise when people follow anyone of the way explained above it would be easy for people to learn to program. Or else people can try out all ways in a steps manner which would help them a lot to become a professional coders.